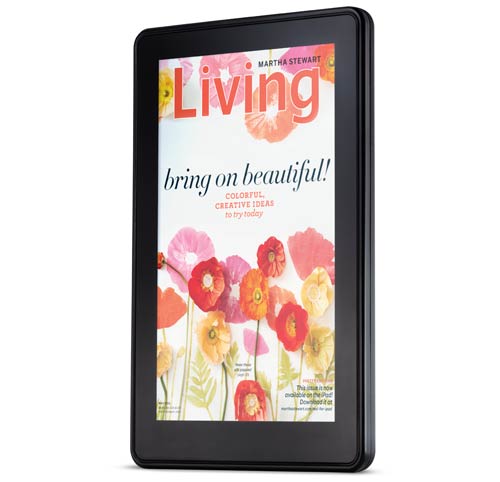 While Apple’s iPad is a huge hit, new smaller and more affordable tablets could take over the market. Recently Kobo announced the new Kobo Vox, which costs $200. That’s the same price as Amazon‘s recently announced Kindle Fire. The Kobo Vox starts shipping Friday, while the Kindle Fire won’t start shipping until November 15. The Barnes & Noble Nook Color, which costs about $250, is already available in stores and online.

Although promoted mostly as e-book readers, all three of these consumer devices are actually small tablet computers, 7 inches long, which use the Android mobile operating system and Wi-Fi with no carrier data plan or contract required. So hypothetically, they can do much more than just let you buy and read e-books.

This makes the new technology theoretically potent tools for people who want access to the Web, apps and more; particularly people who face economic, physical, or other barriers to using smartphones or computers. Small, cheap, and easy-to-use tablets could become Ansignificant Bridge to help people bridge the digital divide and gain access to education, jobs, community, and other resources.

The hope of tablet computers is that, ideally, they’ll allow the average, technophobic person to do most of what can be done with a laptop computer in a way that’s much simpler to learn, use and tote around.

The drop in iPad’s market share is not a reflection of consumer disinterest in tablets, rather that the iPad has several disadvantages when compared to the new, smaller tablets. It is twice the price and twice the size, making its mobility a question. Consumers might soon find that they’ll trade screen size for portability.

This Guest post is by Christine Kane, a graduate of Communication and Journalism. She enjoys writing about a wide-variety of subjects including internet providers in my area for different blogs. She can be reached via email at: Christi.Kane00 @ gmail.com