HTC’s first Windows 7 smartphone in absolutely ages is also Telstra’s first 4G smartphone not running Android. Does the combination add up to a must-buy smartphone? Read on to find out. The Titan joins the very small band of 4G LTE 1800Mhz devices in the Australian marketplace; to date every other handset with 4G capabilities has been an Android handset, but the Titan runs Windows Phone 7 instead. It’s significant for that reason alone; it’s not as though Windows Phone 7 users are spoilt for choice in new handsets, so every one is quite welcome, especially with the promise of fast 4G data access.

This is actually the Titan II 4G, but we never got the original Titan in Australia — at least, not officially — so it’s known as the Titan locally. The Titan 4G is available on a $79/month Telstra plan; that buys you 2GB of data per month, and will cost you in total $1896 over the lifetime of the two year contract. The Titan is a large smartphone with a 4.7 inch display, but HTC’s made one important change that improves it over many competing devices. At the base of the screen there’s a slight curvature that makes it considerably easier to locate the capacitive buttons at the base. It’s a subtle design touch, but a very welcome one.

Windows Phone 7 is notable for making quite a lot of out of meagre resources, and the Titan 4G is proof positive of that. Despite only having a single core 1.5GHz Snapdragon processor, the Titan’s performance is quite smooth across most applications. It’s not the snappiest smartphone you can buy, but it definitely punches above its weight.

The 16MP camera on the Titan juts out in the same way as with the Android-based One X/One XL phones, and while that’s slightly annoying, the shots it takes are very good. Again, it’s not quite up there with the absolute best snappers in terms of very fast response, but for straight point and shoot photography it’s more than adequate, and the inclusion of a dedicated camera button makes taking crisp shots particularly easy. 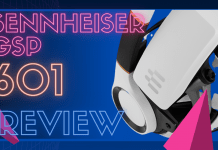