Finnish developer Ravio’s much anticipated successor to the hugely popular Angry Bird series has finally been released. The game, titled Amazing Alex, is based on similar gaming mechanics to Angry Birds, making it clear that the developer would rather not stray too far from what has been working for it.

The iOS and Android version of the game were released simultaneously, addressing complaints by Android users who typically have to wait longer for the same titles as their iOS counterparts.

The titular Alex was once “Casey” as part of “Casey’s Contraptions,” which Rovio acquired the rights to. Amazing Alex begins with Alex feeling bored. To amuse himself, he begins using the objects around him to construct convoluted contraptions that perform arbitrary tasks.

The start of every level provides a clue as to what this task is. It may be to roll a ball into a tray, or, as it is depicted in the game’s launch trailer, to get objects to pitch a baseball. Gamers are presented with an array of various objects that they need to arrange around the screen to create a contraption that will perform the required task when set in motion. Cunningly, many levels have more than a single solution. 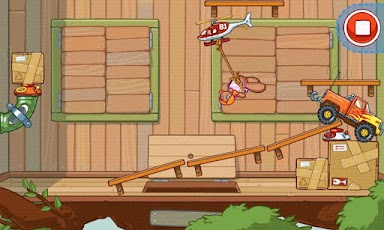 In addition to the main objective each level, like Angry Birds, also has three stars spread throughout the room. But unlike in Angry Birds, where perusing the stars put the completion of the level at some risk, attaining the stars in Alex is always safe. Capturing these stars prior to completing the level unlocks new stages as well as new levels within them.

The game is divided into four stages that each contains 32 levels, providing an incredibly long play time for only 64/69p. To keep things interesting each progressive level introduces a new mechanic. The first 8 levels are more or less tutorials to help the player get acclimated with the basic mechanics.

Generally, they involve moving an object from point A to point B. Then, however, the training wheels come off, as you are left to ponder the conundrums of object puzzles involving tennis balls, helium filled balloons, laundry baskets, and more. The continuous introduction of new mechanics serves to keep the game fresh even after hours of play. 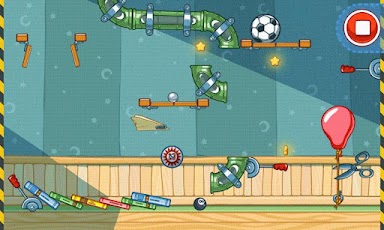 In addition, Amazing Alex includes a customized level feature, which it clearly borrows from the likes of LittleBigPlanet and Trials Evolution. Using items unlocked throughout the core game, players are able to build their own levels and email them to friends, or even upload them online for gamers around the world to take a crack at. But don’t think you’ll be able to concoct an impossible level to trump your friends; a custom level cannot be uploaded until you complete it yourself three times.

Do you anticipate Amazing Alex being even better than Angry Birds? What do you think of the customized level feature? Would you have just preferred another iteration of disgruntled avian? Let us know in the comments below.

Check out the video below for more information:

Lover of all things relating to Social Media, writer for TechontheGo.co.uk, and keen poker player.

How To Find the Perfect Betting Sites that Accept Apple Pay With Betpack.com