This time five years ago things were a lot simpler…

However, things have moved on a bit since then. In factsince 2010 when Apple shook up the market by introducing the iPad, there has been an unprecedented,meteoric rise of the tablet, which has created an entirely new marketplace for the hybrid system that can do it all. Tablet computers are now revolutionising the lives of their owners and have created a niche market sector that most major technology brands want a slice of.  The adoption has been swift and the momentum is continuing to build.

Tablets are giving users the ability to interact with content in a much more interesting way.  With the ability to take good quality picture, directly connect to social media channels, eCommerce operations, television, games, and other digital platforms in one seamless device the tablet is an extremely powerful tool.  Experts are predicting that tablets will ‘drive ecommerce in 2012’with worldwide shipments of tablets to exceed over 99 million, compared to just 25 million in 2011.

If you are looking to buy a tablet device or mobile phone but are unsure where to start, take a look at the deals at uSwitch, where you can find the cheapest mobile phone that is right for you.

The latest in HD display tablets go one better and are becoming a serious threat and contender to the iPad crown.  New tablets, such as the Blackberry Playbook and Lenovo Idea Tab feature crisp images, vivid colours and luscious contrasts that make us forget we are staring at a screen and immerse us in an exciting world of picture and motion that can be controlled with a single swipe.  It wont be long before these high powered high-res systems are considered good in their own right, without the constant comparisons to their fruitily-named nemesis. You can find more information on the best tablet to buy at the Nook UK site.

The unfortunate (or fortunate depending on which way you look at it) by-product of this new market is the slow, painful death of the gaming console.  The failure of the Sony Ericsson Xperia Play and the relatively low sales of the Playstation Vita seem to have hammered some of the final nails into the gaming console coffin.

In todays difficult financial environment, people are more likely to buy a ‘value for money’ tablet that allows them to perform multiple functions, than a gaming console where they are limited to just one or two.  And then, on top of that you have to factor in the cost of the games themselves, which at over £25 a pop in some cases seem exorbitantly priced compared to the very cheap (usually pennies) or free gaming ‘apps’ available for the tablet. 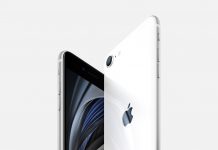