Home All What Are The Green And Orange Dots On The iPhone Display?

A new feature in the recent iOS14 update is the addition of a small orange or green dot above the signal indicator area. This small but noticeable change was missed by many as it wasn’t a headline feature. What are the green and orange dots on the iPhone display? 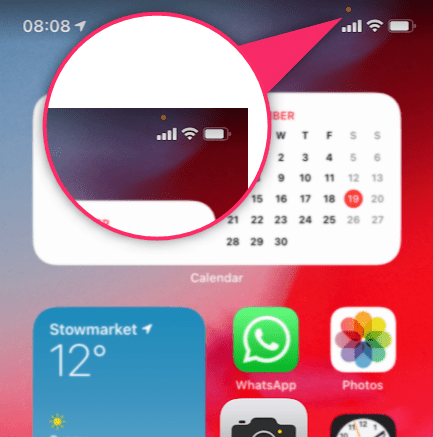 This is part of Apple’s increased focus on privacy and make sure you are aware when an App is using the camera or microphone on your device.

You should always be aware what App is making use of either of these services, but if you see an orange or green dot and you’re not actively doing something such as on a call or taking a photo, then you might want to investigate what App was just using either of these interfaces.

If you’re ever not sure what was using your phone camera or microphone, your phone will now tell you anything that recently used your camera of microphone.

iOS 14 brings a fresh look to the things you do most often, making them easier than ever.

Simply swipe down to open Control Center, and iOS14 will tell you want App was recently using either one. More details are on the official Apple iOS 14 release page. 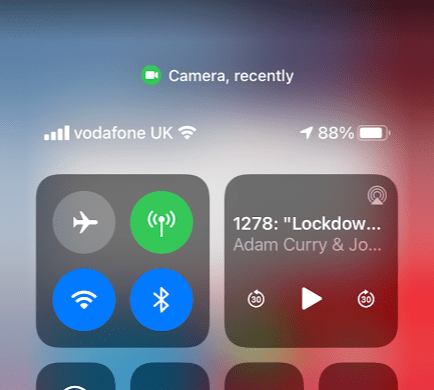 With iOS 14, Apple is giving you more control over the data you share and more transparency into how it’s used. The camera and microphone indicator are just one aspect of how Apple is shining the spotlight on Privacy. Also updated in iOS14 is the ability to get information in the App Store on the privacy practices of an App before you choose whether to download and install it.

>> Check out our whole article on the new iOS14 features.

>> See the full list of hardware announced alongside iOS14 release at the Apple Time Flies event. 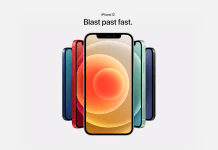